I sat in the AZ State Senate Education Committee meeting this week and heard them consider eight bills.  One of them was for an expansion of Empowerment Scholarship Accounts SB1363 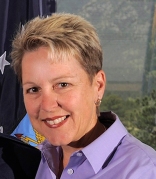 .  Originally passed in 2011, this law was established to give parents of special needs children access to public education monies to place their child in a learning environment that was better suited to their needs.  It currently redirects 90 percent of funds the state would have paid to a local public school district into accounts controlled by the parents of qualifying disabled children. For many children, that amount is between $3,000 and $3,500, but for those with multiple special needs, the amount can go as high as $28,000.  Funds can be used for curriculum, testing, private school tuition, tutors, special needs services or therapies, or even seed money for a 529 college savings fund.

On September 26, 2011, the Arizona School Boards Association, Arizona Education Association, and Arizona Association of School Business Officials sued in state court to block this new law.  The case name is Niehaus v. Huppenthal, Superior Court of Arizona, Maricopa County, CV2011-017911. In 2012, a Maricopa County Superior Court judge ruled the education accounts did not violate the state Constitution because the money was first going to parents, who could then decide where to spend the funds. That ruling is being appealed.

For the 2013-2014 school year, eligibility was expanded to include those attending a school or district that has been assigned a letter grade of D or F by the AZ Dept. of Education, children of military members on active duty, a child who is the ward of a juvenile court and previous recipients of an ESA.

SB1363, sponsored by Senator Murphy, was given a due pass this week by the Senate Education Committee, to expand the program to all kindergarteners and, to increase the amount of money available.  This in spite of acknowledgement by members of the committee that 1) there is not enough accountability in the program, 2) the promise that the program saves the state money is likely not true, and 3) inadequate understanding of the total cost of the program and what other programs will suffer as a result.

Thus far, there are only 307 students in the ESA program.  This legislation however, if eventually signed into law, could end up funneling as much as 20 percent of the state’s education funding away from traditional public education.  In addition, the lack of transparency and accountability in the program makes it susceptible to abuse.  This article from the Tampa Bay Times highlights what can happen when public education funding is handed over to entrepeneurs with no accountability for results and no transparency.

In fact, our Arizona legislators have worked to ensure a lack of accountability and transparency in the the law includes assurances that no government agency is empowered to “exercise control or supervision over any nonpublic school or home school,” and that a qualified school is not required to “alter its creed, practices, admissions policy or curriculum.”  I’m not sure how any reasonable person thinks this is in the best interest of the public, but then, maybe that’s not the motivation.

Another bill, given a due pass on February 11, 2013 is Representative Carter’s H2530.  This bill is a step in the right direction as it would require students with ESAs (except those with Individualized Education Program) to be given annual nationally standardized, norm-referenced achievement tests and the AZ Dept. of Education will report on its website, the graduation rate of students enrolled in ESAs.

More accountability and transparency is the right answer, whenever public funding is involved.  It is why we have school boards elected by the public and it is why those school boards must abide by the Open Meeting Law.  Tax payers have the right to know how their money is being used, and what results it produces.  That is in the public’s best interest.