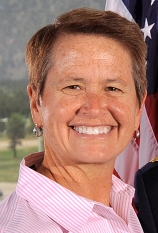 State Senator Melvin announced his exploratory committee for Governor.  He says his bid “will focus on giving every school student a $9,000 voucher to attend any school, public or private, of the parent’s choice.” Melvin sees that choice “as the only real solution to improving academic performance.”[i]

Let’s get real!  Arizona has over one million students in public education.[ii]  At $9,000 each, that equals $9 Billion.  Arizona’s entire 2013 budget was only $8.6 Billion.[iii]  Vouchers may put Federal funds at risk and significantly reduce Arizona’s revenue.  Assuming parents will use these vouchers, where is the funding coming from?

Vouchers were deemed unconstitutional in Arizona in 2008.[iv]  Additionally, Arizona has had open enrollment since 1994 and the majority of parents still choose their neighborhood schools (almost 90%.)  Every school should be good!  School choice is not the magic wand Melvin would have us believe, but it may well be a fairy tale.