A Must Read: The Great American Bathroom Controversy

Yes, these are all pressing issues. That is, all but one.

And I’ve laid out the facts about transgendered people.. Here’s the short of it.

So the facts are these. Gender identity is a product of both biological and social factors. It is formed very early in life, and once formed, it is difficult, if not impossible, to change. Transgendered individuals are found in virtually every society on this planet and some societies even identify transgendered persons as a unique gender.

So Republican governors are full of s#!t when they claim that this is a “local” issue. It is not. It is a global fact.

Once again I have to ask: how in the hell did America manage to put use of gender-appropriate bathrooms on the same level as all the other issues facing our country. I’ll stick my (childhood) Lutheran neck out and claim that there is no biblical support for any of that discriminatory policy. Continuing, what kind of family values condone discrimination against someone unlike yourself? And I’ve already stuck my experimental scientist neck out on the matter of the facts (above); three-year olds do not make a conscious choice to be transgendered. Below is a lot more.

A couple of days ago Rep. Alan Grayson (D, Florida), candidate for US Senate, addressed the House of Representatives about what he calls the Great American BathRoom Controversy.

Following is the full text, in italics, of Grayson’s remarks (from an email message dated May14th, 2016). Grayson’s remarks are the most cutting and impassioned that I’ve seen on this sorry topic. It’s a long speech, but please read on. I wind up at the end with an update with a local theme from this morning’s Daily Star. 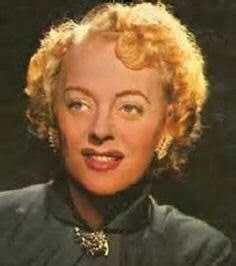 In 1945, Christine was drafted and served in the U.S. military. Now that may be a puzzle to some of you listening to me right now, who say, ‘I didn’t realize that women were drafted in the 1940’s.’ Well, at that time, Christine’s name was George. George Jorgensen. That’s the name she was born with. She was, in fact — on her birth certificate — male. Something she struggled with greatly all through the time she was growing up, being a male. Something she struggled with, being in the military.

And then after leaving the military service in 1951, she heard about the possibility of changing her gender, so she went to Denmark and underwent three or more surgeries, plus a very substantial amount of estrogen treatments; she came back to the United States, and then forever thereafter, after 1953, was known as Christine Jorgensen. Christine Jorgensen was “out,” she was well known in America as someone who was transgender.

I knew about her story when I was growing up in the 1960’s and 1970’s. She made no effort to hide it. She didn’t feel any shame about it. She was proud of the fact that she’d been able to take advantage of what medicine had to offer, and live the life that she felt she would have been able to have, if at the beginning, she had had the proper gender.

She had some degree of fame. Republican Vice President Spiro Agnew referred to her once in a speech to mock one of his opponents. She performed both as a singer and as an actress all through the 1950’s, through the entire 1960’s, and well into the 1970’s. She was the most famous transgendered person in America, probably to this day.

Now, I have to tell you, I don’t know exactly where she went when she “had to go.” I don’t know exactly whether she went into a men’s room or ladies room, but here’s the interesting thing: Even though this was something new under the sun, even though America never had to address this issue before, no one ever even bothered to ask. I don’t remember anybody saying, ‘Christine Jorgensen, she ought to go to the men’s room, she was born a male.’ Or for that matter, ‘Christine Jorgensen, she identifies as a female, she should go to the ladies room.’ Isn’t it odd that America in the 1950’s seems to have shown a lot more maturity than America is showing today, with our great bathroom controversy right now — where the cisgender people of America try to dictate to the transgender people of America where they can go to the bathroom. Or at least, frankly, the more bigoted among us.

This is particularly ironic. There was one form of discrimination that Christine Jorgensen did face in her lifetime. She was not allowed to get married. Not allowed to get married to a man because her birth certificate said that she was a male, and she was not issued a marriage license on account of the fact that a male was trying to marry a male.

My goodness! Here in America, just in the past 12 months or so, we finally managed to solve that problem, and Christine Jorgensen could get married today to her lover. Now we have a whole new problem. Now, thanks to Republicans, bigots in North Carolina, we have a law that would require Christine Jorgensen to go to the men’s room.

In fact, the natural consequence of that law is what I’m about to show you right here.

So you folks in North Carolina who are obsessed with where the transgender people go to the bathroom, this is the result you’ve come up with.

My God, what’s wrong with you? That doesn’t make any sense at all.

Now, let me tell you something. If I had been, back in the day, growing up in New York, and Christine Jorgensen happened to walk into the men’s room — never happened, but let’s say it did — I would have thought, ‘that’s odd,’ but I wouldn’t have said a word about it. I wouldn’t have gone over to her and said, ‘excuse me; I don’t think you’re supposed to be here.’ On the contrary, I would have made an appropriate mental note, assume she probably found herself in the wrong room, and would have let it go.

Do we need a new law on this subject, much less a stupid law, a bad law, a ridiculous law? Now, you know, I understand that it’s possible, even with the absence of this law, that there might be some conceivable problems about this kind of situation. I’m not sure exactly what they are. I’m pretty sure if everybody acted as an adult that we could get beyond them, without having to litigate over it. And I’m wondering, how do you even enforce a law like this? What are we going to do, have to give saliva samples every time we go to the bathroom, to see what gender we were born with?

We had laws like that once. We used to say that we didn’t want white people to have to be uncomfortable going to the bathroom with black people. I represent part of the state of Florida. I can remember that when we had laws like that. And then somehow or other we pulled ourselves together, and realized how ridiculous that was. How is this any different?

Now, if we did actually want to deal with real problems, we could deal with this one. A little boy and a little girl, both looking into their diapers. And the caption is, ‘oh, that explains the difference in our wages.’

Now, if we want to talk about gender in America in the early 21st century, we could start with that. Why is it that women still make only 79 cents for every dollar that a man makes, in countless occupations and professions, even today? Why is that? If we want to get to the heart of what’s really going on between the sexes in America today, why don’t we do something to address that problem?

And if we want to be more dramatic about it, let’s remember the fact that in America today, 91% of the victims of rape are women. Could we take our legislative energy, and possibly apply it toward dealing with that problem — which actually is a problem that affects countless women across the country.

Let’s not ‘protect’ them from having to go to the same bathroom as a transgender person by insisting that people who look and act and identify as men, go to the bathroom with them. Let’s instead try to pass wise laws that would equalize pay between men and women — oh, and if we possibly could, reduce the incidence, the terrible incidence of rape.

MYOB. Mind Your Own Business.

When U.S. Attorney General Loretta E. Lynch announced the federal government’s intention to challenge North Carolina’s discriminatory law against transgender people, she made it clear about who would be on the right side — and the wrong side — of history.

But there’s no celebrating yet — even if the Obama administration issued strong guidelines to public schools Friday to let transgender students use bathrooms that match their sexual identity. There is a strong politicized movement to make transgender people the chupacabra in this year’s presidential election cycle by upholding North Carolina’s new law and supporting other states banning transgender people equal access to public bathrooms.

And big-hearted AZ State Sen. John Kavanagh has a stake in what’s in your underpants when you have to pee.

Three years ago, Republican state Sen. **John Kavanagh of Fountain Hills sponsored legislation that would have made it a crime — including a six-month jail sentence — to use a restroom or shower that did not match a person’s birth gender. While there is no current move afoot in the Republican-controlled legislature, Arizona filed a friend of the court brief in support of North Carolina’s legal fight with the administration.

What is North Carolina going to do if its bathroom law is upheld? Station police officers to check people’s genitalia as they enter a public restroom?

AZ has the funds to do it right. Perhaps some of Il Duce’s strike force money could be diverted to fund a new Department Of Genitalia and Gender Identity Enforcement (DOGGIE) to sniff out violators.

Really, this is not about who can and cannot use a public bathroom that conforms with their sexual identity, and it’s not about “safety.”

It’s about demonizing a group of people for political gain. It’s a political wedge issue pounding on the backs on transgender individuals who already face high rates of abuse, violence, depression and all the accompanying baggage.

We have seen this show before: blacks, undocumented immigrants, gays and lesbians, Muslims.

Just like the previous punitive legislative attacks on unprotected groups of people, the North Carolina bathroom law is based on fear and ignorance.

We can’t be fearful and exclusionary of family members, co-workers, neighbors or people we don’t know because of their sexual identity, Lynch — our first female, African-American attorney general — reminded us last week when she spoke truth to power:

“But this is not a time to act out of fear,” she said. “This is a time to summon our national virtues of inclusivity, diversity, compassion and open-mindedness.”

2 thoughts on “A Must Read: The Great American Bathroom Controversy”