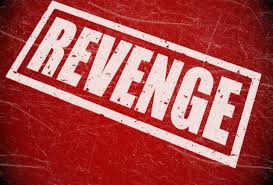 First, Representative Mark Finchem (R-Oro Valley) introduced HB2002 directing creation of a code of conduct that would prohibit teachers from discussing politics, religion or race at the risk of violators being fired. Now Representative Kelly Townsend (R-Mesa) proposes HB2018 which would,

“expand a 2016 law that allows any state legislator to ask the attorney general to investigate an ordinance, regulation, order or other action taken by a municipality or county to determine whether it is in compliance with state law.” Her bill would require “the attorney general to investigate any policy, procedure or other official action taken by a school district governing board or any school district employee that lawmakers allege violates state law. If investigators find the law has been broken, the superintendent of public instruction would be directed to withhold up to $5,000 per violation from offending districts’ state funding.”

So, let me get this right. School employees or governing board members are already liable for an up to $5,000 personal fine for using public school resources to influence elections. In fact, two teachers were fined this year for violating the law. But, that’s not enough for Townsend. She now wants to threaten school districts for the potential actions of their governing board members and employees. Not only that, but she wants to withhold funding for students if violations occur.

Many believe these proposed laws area a solution in search of a problem, and the AZ Attorney General’s office says the 30-day timeline in-place to investigate per the existing law is already very difficult to meet. AG spokesman Ryan Anderson said,

“To expand that statute to every [district employee, thousands of employees, I just don’t see a way.” He added that, “any expansion of powers under SB1487 would have to come with corresponding increases in staff resources.”

For her part, Townsend says she has no problem with finding more money for the AG’s office. Too bad she hasn’t had the same attitude about adequately funding our public schools. During her time in the Legislature, she voted for multiple expansions (to include last year’s full expansion) of Empowerment Scholarship Accounts (vouchers), multiple bills intended to make it more difficult for districts to garner locally supported funding via bonds and override, and against a 20 year renewal of Prop 301, without which, Arizona’s public education system would have faced a funding cliff in 2021.

But wait, there’s more. Evidently, HB2018 isn’t the only “teacher hating” bill Townsend is proposing. Jerod MacDonald-Evoy from AZMirror.com writes that, “Another measure introduced by Mesa Republican Rep. Kelly Townsend, House Bill 2015 ”would prohibit teachers from talking about their political or religious beliefs, and allow parents to sue teachers who don’t follow the law. Those teachers could also be fired from their jobs.” (Just in case Finchem’s bill isn’t enough.)

I don’t know what teachers Representative Townsend is worried about, but the teachers I know are very clear on what conduct is allowable in, and out of, the classroom. In fact, until this past year, (in my opinion) they were overly cautious, thinking it best to leave advocacy to others. Then though, they saw the #RedforEd wave wash across America and they realized that if things were ever going to improve for their students, it was up to them. I happen to believe they were right.

During her run for the AZ House this past cycle, my wife interviewed a teacher who had left the classroom. Yes, low pay was one of the factors driving her decision, but it wasn’t the primary one. Rather, she was tired of insufficient resources to do the job the way she knew it needed to be done. She was tired of giving her students less than they deserved.

I don’t believe Arizona’s teachers walked out because they were tired of being paid at a rate ranked 48th in the nation. I believe they walked out because we had some 2,000 classrooms without a certified teacher and class sizes that are 5th highest in the U.S. They walked out, because they know that the number one in-school factor to student achievement is a highly qualified teacher. They walked out because it was way beyond time for someone to take a significant stand. It took 75,000 of them, but their stand significantly moved the needle for Arizona’s one million public school students. To be clear though, even with the additional funding garnered this year, our public schools are still short over $600 million from 2008 levels (yes, a decade ago.)

Progress though, evidently scares lawmakers like Finchem and Townsend (or gives them a tool with which to scare others) and they are out for revenge. They don’t want teachers who stand up for their students, they want teachers who do what they are told. Unfortunately for them, teachers are citizens first and still do enjoy certain Constitutional protections for protected speech. But, says AZ American Civil Liberties Union spokesman Steve Kilar,

“It appears that there are a number of provisions…that have the potential to chill teachers’ speech” as well as, “certain teaching styles, like the Socratic method, the system of posing a question of students in order for foster critical thinking.”

That, I posit, is exactly how lawmakers like Finchem and Townsend like it. They don’t want our students taught to think critically about the world around them. Instead, they want compliance with their desired world order. It might seem like a good idea for them and their ilk, but it is damn scary for the rest of us.

3 thoughts on “Revenge Over Reason”